The future for women, pdf version

It is several years since my last post on the future as it will affect women so here is my new version as a pdf presentation:

Women and the Future

This is a presentation I made for the Eindhoven Design Academy. It is mostly self-explanatory 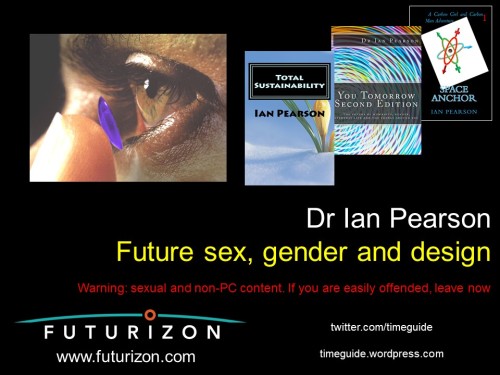 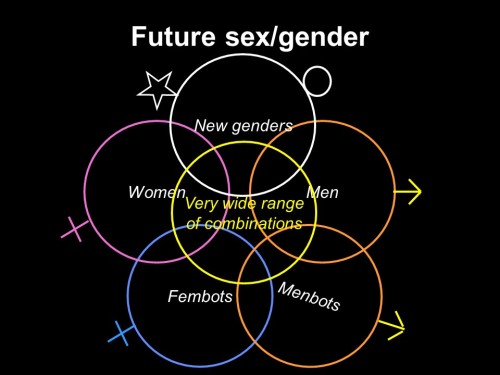 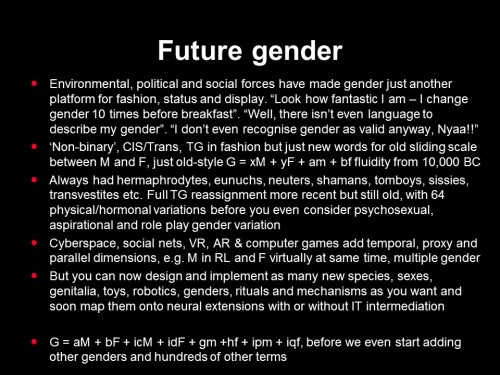 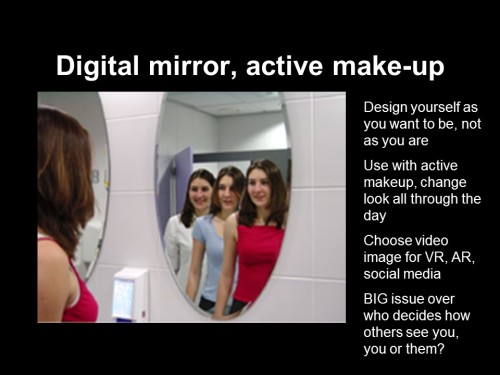 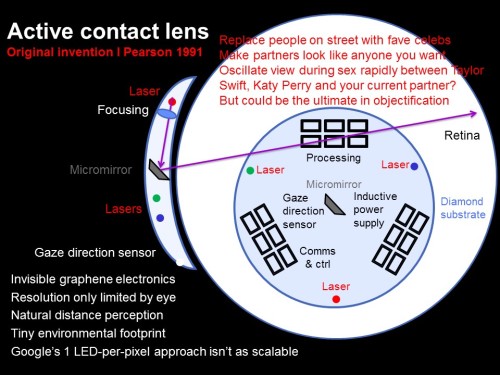 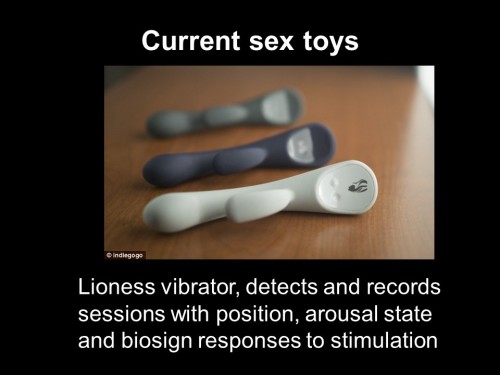 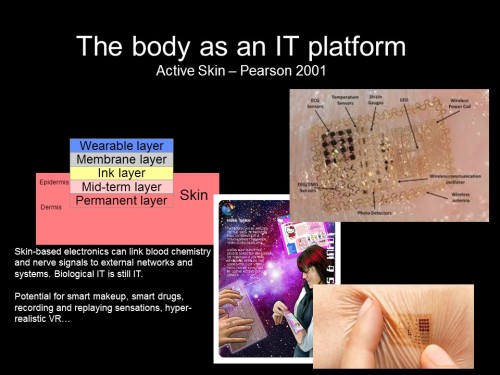 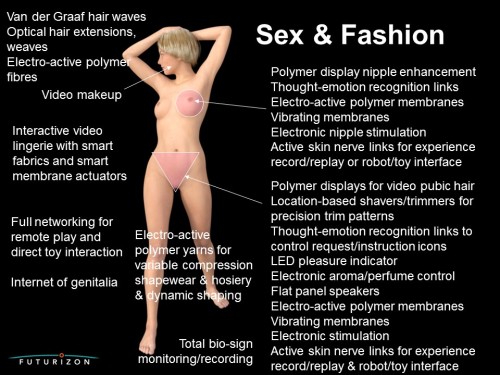 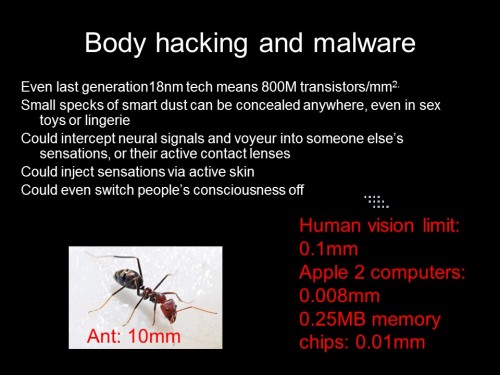 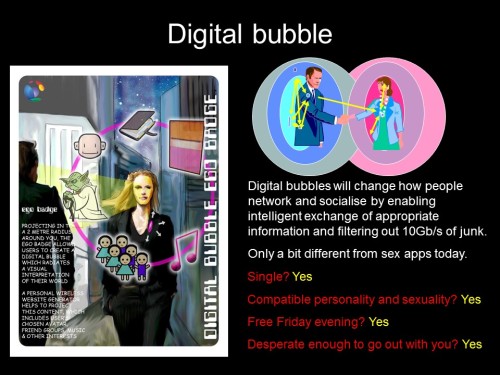 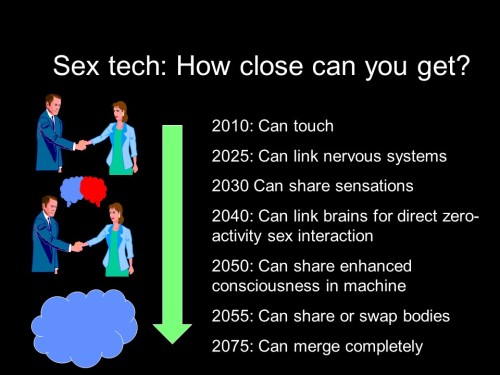 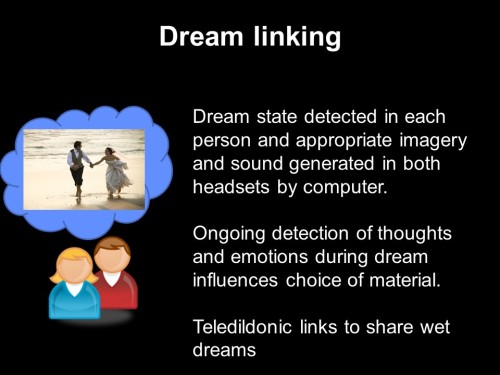 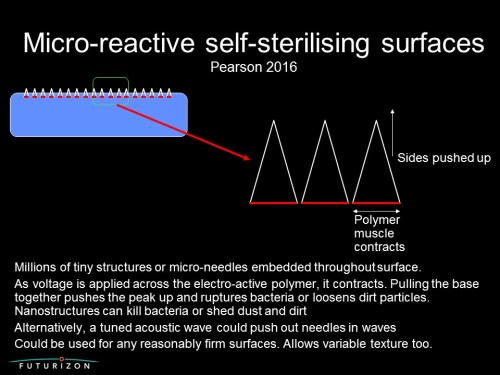 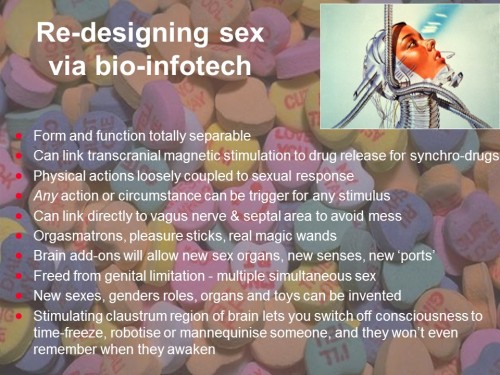 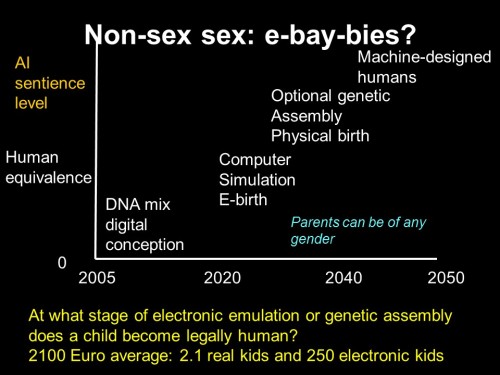 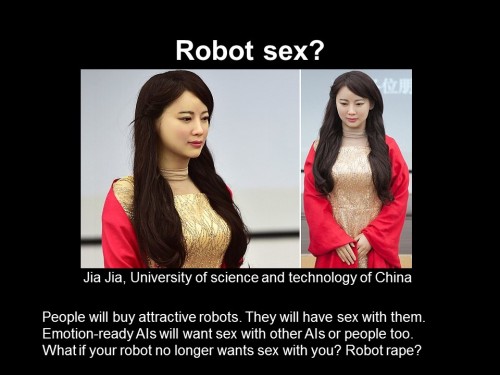 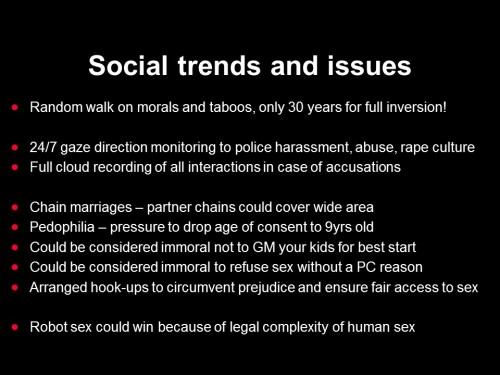 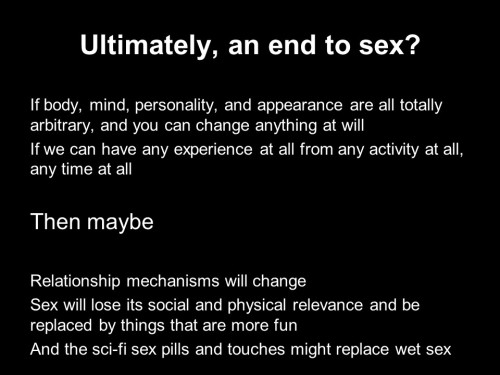 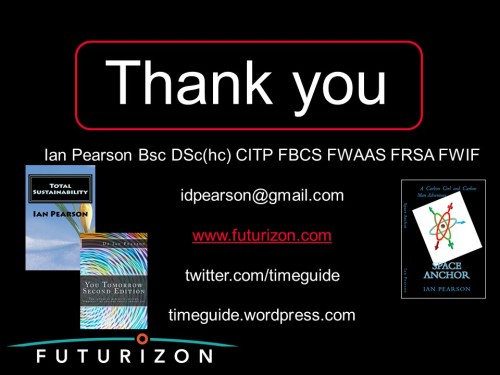 Pubic fashion and the Internet-of-genitalia

Not for the easily offended, or my parents, who do read my blog sometimes, but hopefully not this one. This is another extract from my forthcoming book on future fashion. No sector is immune to futurology.

The pubic area may not be talked about much in fashion articles, but it is suited to fashion as any other. Pubic hairstyles (including bald) vary from person to person and over time, but they certainly do get fashion consideration. Vajazzling, decorating the female pubic area with stick-on glitter, has also had its limelight as a fashion thing, Beautifying and styling the pubic area is here to stay for as long as casual sex remains common. If an area gets attention, people will want to make it look sexier or more interesting or enticing, so it is just another platform for personal expression, as much as choice of underwear.

Updating stick-on glitter to LEDs or lasers could make a whole light show down there. This could of course tap into data from sensors that pick up on sexual activity and arousal level. That would allow a direct feedback route on performance. Whoever is pleasuring her could see the results echoed in a visual response in local LEDs or flashing glitter or laser beams. That would be fun, but it could use audio too. Since the pubic region is fairly flat and firm, it also presents a potential surface for flat speakers to generate sound effects or music during sex, again linked to arousal sensor feedback. Of course, speakers are another form of vibration device too so they might also take an active role in stimulation.

Hair management already uses lasers to kill hair follicles, but some women regret having their pubic areas completely depilated, and are now having hair implanted back. As hair styles come and go, what is needed is a better trimming and shaving system. I am surprised the shaver industry has not already picked up on this possibility, (if it has I am not aware of it) but a design could be rendered much better if the shaver can access a local positioning system. If a person sticks on a few tiny transmitters, reflectors or transponders in specific places near the trimming zone, the shaver head would know its exact position and orientation and would be able to trim that specific area precisely as dictated by the chosen pattern. Automated precision hair styles would be feasible without taking too much time. Another cheap and easy way of doing this would be to spray a marker pattern through a stencil and have the shaver trim the areas marked.

Naturally, such shaver technology would also be useful for other areas such as the head or chest (for men anyway, I don’t expect female chest hair to be a significant fashion trend any time soon), or to replace waxing anywhere on the body with precision patterns and trims.

Many people are unhappy with their actual genitalia. Re-scuplting, trimming, tightening, or changing size is becoming common. Gender re-assignment surgery is also growing, but gender-change and gender-play fashion needs a whole section for itself, and I’ve written about it before anyway(my most popular post ever in fact) : https://timeguide.wordpress.com/2014/02/14/the-future-of-gender-2/

Not in the pubic area, but somewhat related  to this topic nonetheless, here is a quick consideration of smart breast implants:

Smart breast implants are one of my best inventions – the only one for which I have ever received a prize. The idea was that if a woman is determined to expand her breasts by putting stuff into them, why not put electronics in? In fact, electronics can be made using silicone, one of the main breast implant materials. It won’t work as fast as silicon-based IT but it will do fine for things like MP3 players (MP4 now of course). A range of smartphone-style functions could be added as well as music playing. For example, navigation could link location and maps to vibrating nipples to indicate left or right. I suggested using nipples as control knobs for my MP3 implants, and that is perfectly feasible. Detectors in the implant could easily detect torsion and interpret the tweaks. Implants would be able to monitor some biological functions more precisely than wristbands. Heartbeat and breathing could be audio recorded far better for example.

I often cite polymer gel muscles in fashion, because they are so useful. Contracting when a voltage is applied across them, but made of electro-active polymer so they feel organic, they are ideal for many purposes in and on the body for extra strength of for changing shapes or orientation. Breast implants could contain strands of such gel, arranged so that the shape of the implant can be altered. They could be adjusted to change breast shape, improve lift or cleavage, and relaxed when no-one is looking.

Pectoral implants already give some men the appearance of being more muscular and fit. Adding actual strength using polymer gel muscles rather than simple padding would be a lot better.

Shape change materials could also be used in bras of course, allowing control to be varied by an app. A single bra could work for general and sports use for example. Similarly, hydraulic bras could give extra lift or control by inflating tubes with compressed air. Staying with inflation, of course the bra as a whole could be inflated to give the illusion of larger size.

Bras can incorporate energy harvesting for use while running. A suitable material could be plastic capacitors, which make electricity directly as they flex.

Nipple-tapes could be coupled to vibrators for a slightly more immersive sexual experience, and remote controlled for more kinky play.]

Now, back to the pubic area.

Rather along the same lines as smart breast implants, if someone is going to the lengths of having genital surgery and particularly if implants are involved, then electronic implants could be a useful consideration. Some devices use electrical stimulation, applying particular patterns of voltages and currents to create, magnify and sustain arousal. Devices could be implanted to do exactly this. They could be access restricted to the wearer, controlled by a dominant or even networked for remote control, by any chosen individual or group. MEMS or sensors could also be implanted to create vibration or to measure arousal.

Sensors can easily detect moisture levels, skin resistance, blood flow, blood oxygen levels, heart rate, breathing and so on. These together can indicate a great deal about arousal state and that can be fed back into stimulation system to maximise pleasure. Stimulation devices could provide direct stimulation or work along with external devices such as vibrators, controlling their behavior according to location and sensor feedback. Vibrators shouldn’t need control knobs that distract their users, but should automatically adjust their behavior according to the region they are stimulating and the user’s  arousal profile, changing stimulation throughout the session according to programs and recorded routines stored in the cloud. Shared toys could use fingerprint recognition or implanted RFID chips, but I think that would usually be considered to be going too far.

An important fashion consideration is that visual appearance can mostly be decoupled from function. Electronics can be shrunk to vanishingly small size and fit in the tiniest of sensors or actuators. Genital and pubic electronics can therefore be visually appealing at the same time as providing a full suite of functionality.

Shape change materials such as electro-active polymers can also be implanted. These could also be used to generate vibration by varying applied voltage patterns appropriately. Shape changing implants could be used to vary tightness during penetration, or to make features more appealing during foreplay.

As with the pubic area as a whole, genitals could also incorporate visual feedback using color change, LEDS or even music or other sound effects according to arousal state. Sound is better generated by pubic speakers though as surfaces are more cooperative to engineering.

Clearly, with a number of feedback and bio-sign monitoring sensors, MEMS, speaker systems, illumination, decoration and visual effects systems, the whole pubic and genital region is a potentially large electronics ecosystem, and we will need a whole branch of IoT technology, which could be termed ‘Internet of genitalia’.

The future of gender

My writing on the future of gender now forms a section of my new book You Tomorrow, Second Edition, on the future of humanity, gender, lifestyle and our surroundings. Available from Amazon as paper and ebook.