Guest Post: Blade Runner 2049 is the product of decades of fear propaganda. It’s time to get enlightened about AI and optimistic about the future 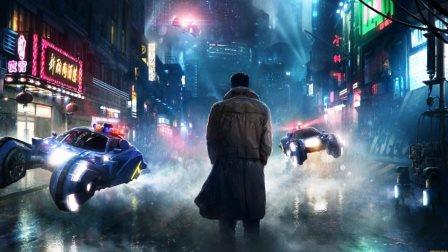 News from several months ago that more than 100 experts in robotics and artificial intelligence were calling on the UN to ban the development and use of killer robots is a reminder of the power of humanity’s collective imagination. Stimulated by countless science fiction books and films, robotics and AI is a potent feature of what futurist Alvin Toffler termed ‘future shock’. AI and robots have become the public’s ‘technology bogeymen’, more fearsome curse than technological blessing.

And yet curiously it is not so much the public that is fomenting this concern, but instead the leading minds in the technology industry. Names such as Tesla’s Elon Musk and Stephen Hawking were among the most prominent individuals on a list of 116 tech experts who have signed an open letter asking the UN to ban autonomous weapons in a bid to prevent an arms race.

These concerns appear to emanate from decades of titillation, driven by pulp science fiction writers. Such writers are insistent on foretelling a dark, foreboding future where intelligent machines, loosed from their binds, destroy mankind. A case in point – this autumn, a sequel to Ridley Scott’s Blade Runner has been released. Blade Runner,and 2017’s Blade Runner 2049, are of course a glorious tour de force of story-telling and amazing special effects. The concept for both films came from US author Philip K. Dick’s 1968 novel, Do Androids Dream of Electric Sheep? in which androids are claimed to possess no sense of empathy eventually require killing (“retiring”) when they go rogue. Dick’s original novel is an entertaining, but an utterly bleak vision of the future, without much latitude to consider a brighter, more optimistic alternative.

But let’s get real here. Fiction is fiction; science is science. For the men and women who work in the technology industry the notion that myriad Frankenstein monsters can be created from robots and AI technology is assuredly both confused and histrionic. The latest smart technologies might seem to suggest a frightful and fateful next step, a James Cameron Terminator nightmare scenario. It might suggest a dystopian outcome, but rational thought ought to lead us to suppose that this won’t occur because we have historical precedent on our side. We shouldn’t be drawn to this dystopian idée fixe because summoning golems and ghouls ignores today’s global arsenal of weapons and the fact that, more 70 years after Hiroshima, nuclear holocaust has been kept at bay.

By stubbornly pursuing the dystopian nightmare scenario, we are denying ourselves from marvelling at the technologies which are in fact daily helping mankind. Now frame this thought in terms of human evolution. For our ancient forebears a beneficial change in physiology might spread across the human race over the course of a hundred thousand years. Today’s version of evolution – the introduction of a compelling new technology – spreads throughout a mass audience in a week or two.

Curiously, for all this light speed evolution mass annihilation remains absent – we live on, progressing, evolving and improving ourselves.

And in the workplace, another domain where our unyielding dealers of dystopia have exercised their thoughts, technology is of course necessarily raising a host of concerns about the future. Some of these concerns are based around a number of misconceptions surrounding AI. Machines, for example, are not original thinkers and are unable to set their own goals. And although machine learning is able to acquire new information through experience, for the most part they are still fed information to process. Humans are still needed to set goals, provide data to fuel artificial intelligence and apply critical thinking and judgment. The familiar symbiosis of humans and machines will continue to be salient.

Banish the menace of so-called ‘killer robots’ and AI taking your job, and a newer, fresher world begins to emerge. With this more optimistic mind-set in play, what great feats can be accomplished through the continued interaction between artificial intelligence, robotics and mankind?

Blade Runner 2049 is certainly great entertainment – as Robbie Collin, The Daily Telegraph’s film critic writes, “Roger Deakins’s head-spinning cinematography – which, when it’s not gliding over dust-blown deserts and teeming neon chasms, keeps finding ingenious ways to make faces and bodies overlap, blend and diffuse.” – but great though the art is, isn’t it time to change our thinking and recast the world in a more optimistic light?

Just a word about the film itself. Broadly, director Denis Villeneuve’s done a tremendous job with Blade Runner 2049. One stylistic gripe, though. While one wouldn’t want Villeneuve to direct a slavish homage to Ridley Scott’s original, the alarming switch from the dreamlike techno miasma (most notably, giant nude step-out-the-poster Geisha girls), to Mad Max II Steampunk (the junkyard scenes, complete with a Fagin character) is simply too jarring. I predict that there will be a director’s cut in years to come. Shorter, leaner and sans Steampunk … watch this space!