The future of MBAs

I’ve reached M in my ‘the future of’ series. So, MBAs.

We have all had to sit through talks where the speaker thinks that using lots of points that start with the same letter is somehow impressive. During one such talk, I got bored and produced this one letter fully comprehensive MBA. Enjoy: 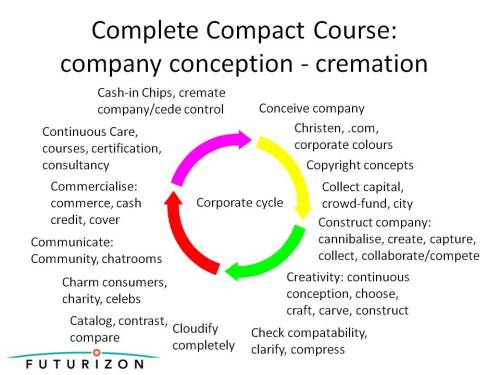 Posted in business, education, management, the future of

The future of levitation

Futurologists are often asked about flying cars, and there already are one or two and one day there might be some, but they’ll probably only become as common as helicopters today. Levitating cars will be more common, and will hover just above the ground, like the landspeeders on Star Wars, or just above a lower layer of cars. I need to be careful here – hovercraft were supposed to be the future but they are hard to steer and to stop quickly and that is probably why they didn’t take over as some people expected. Levitating cars won’t work either if we can’t solve that problem.

Maglev trains have been around for decades. Levitating cars won’t use anti-gravity in my lifetime, so magnetic levitation is the only non-hovercraft means obvious. They don’t actually need metal roads to fly over, although that is one mechanism. It is possible to contain a cushion of plasma and ride on that. OK, it is a bit hovercrafty, since it uses a magnetic skirt to keep the plasma in place, but at least it won’t need big fans and drafts. The same technique could work for a skateboard too.

Once we have magnetic plasma levitation working properly, we can start making all sorts of floating objects. We’ll have lots of drones by then anyway, but drones could levitate using plasma instead of using rotor blades. With plasma levitation, compound objects can be formed using clusters of levitating component parts. This can be quieter and more elegant than messy air jets or rotors.

Magnetic levitation doesn’t have very many big advantages over using wheels, but it still seems futuristic, and sometimes that is reason enough to do it. More than almost anything else, levitating cars and skateboards would bring the unmistakable message that the future has arrived. So we may see the levitating robots and toys and transport that we have come to expect in sci-fi.

To do it, we need strong magnetic fields, but they can be produced by high electrical currents in graphene circuits. Plasma is easy enough to make too. Electron pipes could do that and could be readily applied as a coating to the underside of a car or any hard surface rather like paint. We can’t do that bit yet, but a couple of decades from now it may well be feasible. By then most new cars will be self-driving, and will drive very closely together, so the need to stop quickly or divert from a path can be more easily solved. One by one, the problems with making levitating vehicles will disappear and wheels may become obsolete. We still won’t have very many flying cars, but lots that float above the ground.

All in all, levitation has a future, just as we’ve been taught to expect by sci-fi.